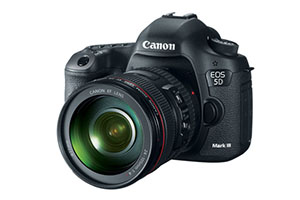 Canon has released a firmware update for the Canon EOS 5D Mark III.

Firmware v1.1.3 incorporates the following fixes and improvements:
You can download the new firmware directly from the Canon USA website.
Posted by Hayo Baan at Tuesday, June 19, 2012