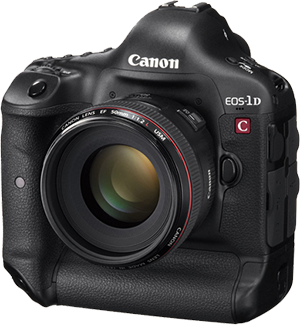 The also newly announced Canon EOS C500 is an upgrade to Canon's current top of the line C300 video camera. The EOS C500 supports 4K video and will be available both with a PL and an EF mount, allowing you to choose which type of lenses to uses on it.

Prices for these cameras will be pretty high; the EOS-1D C is announced to be around $15,000 when it becomes available (planned: October of this year).
Posted by Hayo Baan at Thursday, April 12, 2012