Canon EOS-1D X to be released in April 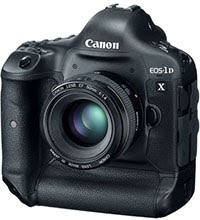 Canon has set a release date for their latest flagship, the Canon EOS-1D X, which was announced in October 2011. This fine piece of equipment is now expected to be available at the end of April, about a month after the new Nikon D4 (which is going to be its main competitor) will become available.

Some interesting specs of the Canon EOS-1D X compared to the Nikon D4:
All in all both cameras look great with both having some (smaller) advantages over the other. The higher framerate of the 1D X may be great, but what if they aren't in focus all the time? On paper (and from experience with previous models of both makers), Nikon (clearly) has the better AF system. If that translates in more and better keepers, the Nikon may actually be the better choice for sports/action/wildlife photographers. However, in the end, which camera is best (and under which circumstances), is something that will have to show itself in practice, when we can compare image quality and shooting experience.