The beauty of old and derelict industrial sites

One of the workshops that's becoming a favourite of our guests – and still is one of ours, too – is the Industrial Heritage workshop. And there's good reason for that, even though it came into being almost by accident.

A couple of years ago, we visited the German Ruhrgebiet. This used to be a vast area with heavy industry, until the 1980's/1990's. After that, most of the chemical plants, factories, steel mills, coking facilities and mines were gradually closed down. We went to see if any of these were suitable to photograph.

We were lucky. When we turned up at a rather small site carrying our photo gear, the lady at the reception reacted enthusiastically, asking if we were there for the photo tour? Since we aren't big fans of guided tours, we told her no. But with a little smile she announced that the “tour” would take us places the public wasn't allowed to enter: unpolished and rough. We were sold.

It turned out to be amazing. Wandering through near-dark machine rooms, flooded cellars, and climbing dusty conveyor belts, we had far too little time to take it all in. Our guide Klaus Peter turned out to be invaluable. Not only had he been working for years at this plant, so he knew every corner – he was an avid photographer himself, and very sympathetic to the fact that we really needed half an hour in a dimly lit battery to set up the perfect shot. 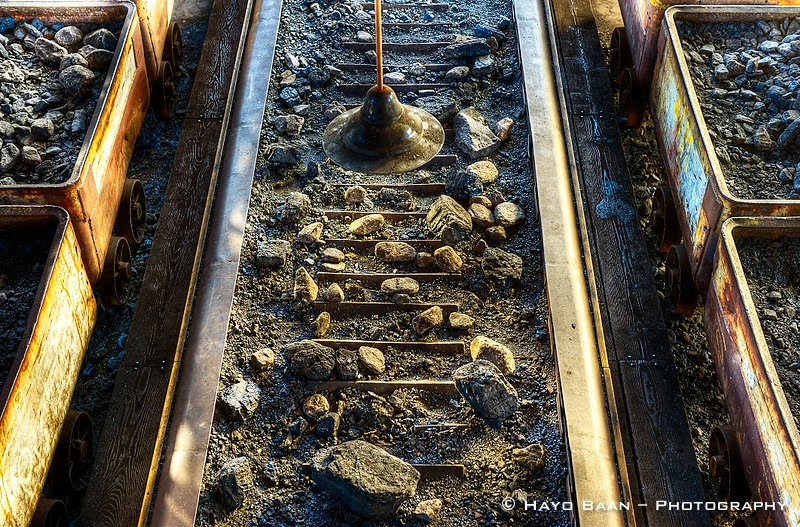 That's exactly what still makes this trip unique. Not only can we get to places the public can't, ensuring unique shots – the tour is a little bit different every time. This is partly caused by nature taking over the site. The railway tracks have gotten covered in weeds over the years, dragonflies have colonised the water basin, ferns have started growing in the batteries; it all gives the place a unique, very “sleeping beauty” atmosphere. One early cold morning we even spotted a herd of roe deer between the batteries. But also, each time we do the tour, another area of the site has been cleared, making it possible for us to explore new areas and buildings. So each tour in itself we do here is unique!

If you would like to join us on this unique tour, better hurry – there are just a few places left in our April workshop. If you like low light and atmospheric, “rough” images, or would like to practice High Dynamic Range (HDR) photography, this is just the trip for you. You'll need sturdy shoes and need to be ready to get down and dirty, but we can pretty much promise you great and unique shots!
Posted by Hayo Baan at Saturday, March 23, 2013